The Westport Lions believe in the Japanese word, “kaizen” which means continuous improvement. Committee reports not only inform the membership of the outcome of an event, but also forces reflection on how to improve an event for the future. A good example of this is chairperson Lion David Blair’s report on the highly successful mobility van breakfast.

At our April 11th general meeting, Lion David reported that 450 people attended the breakfast, and the total revenue generated by the event was $6,820.00.   Several people commented that they noticed a greater presence of Lions working at the event. It was agreed that Lion Heather Huth handing out brochures on the Medical Mobility Service, and Lion Dale Lyons acting as maître d’ were good ideas. It was suggested for next year that we advertise on Lake 88, have a running total of income during the event, and have Hugh Colton interview a member to promote the event.

Also, it was pointed out that Lion Jim Scala’s creation of the promotional placements that were used for the breakfast, and the brochure about the medical mobility services created by Lions Jim and Michael Harris that was given out during the breakfast were good ideas.

Keeping with the theme of continual, small changes to improve efficiency and quality, the Board of Officers have come up with some recommendations to improve our general meetings. President Wayne Bent outlined the following changes to the membership:

The Tail Twister is one of the most powerful members of the club because he/she can set his/her own rules. The Tail Twister is the “pep master” of the club and his/her duties are to instill enthusiasm and good fellowship in the meetings, and to keep harmony. He/she is empowered to impose, as well as collect, fines from the members. There shall be no appeal from a Tail Twister decision in imposing a fine, and he/she may not be fined except by the unanimous vote of the members present.

If anyone has any suggestions or comments for the Westport Lions Club please email them to westportontariolions@gmail.com. All suggestions will be carefully considered. 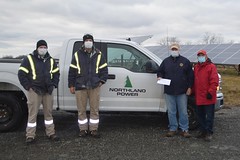 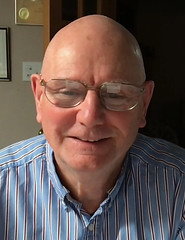 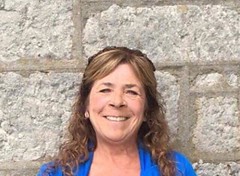