Lions Beach Park was the scene of Westport’s first ever Beach Volleyball event on Saturday July 20th.  Five beach volleyball teams suited up on Saturday putting on a fantastic display of athleticism and sportsmanship with lots of fun had by all.

The Westport Lions supported by a community minded group of sponsors built a professional quality beach volleyball court directly on the shore of Sand Lake in Lions Beach Park.  The Westport Lions are now pleased to offer Westport and the Rideau Lakes communities a beach volleyball court for the enjoyment of all ages.  The construction was completed Thursday afternoon last week and Thursday night a group of young people were playing a game on the court.  It definitely appears that there is community interest in this type of sports facility.

The tournament and construction of the court was made possible by the generous support of our sponsors.  Thanks to Charles Lapointe Excavation and Haulage, Jim and Linda Myers for the sand, C/W Roofing, Dwain Smith Backhoe Services, Rideau Insurance, Molson Brewery, Jake By The Lake, Cottage Coffee House, Volleyball Canada and Westport Lions Club.  Also a very special thanks to Chris Hartley, teacher and volleyball coach at Rideau High School.  He worked with the Lions Team every step along the path to make the court and tournament a reality.

One thought on “BEACH VOLLEYBALL COMES TO WESTPORT” 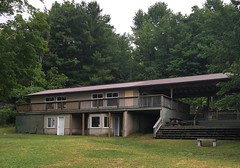 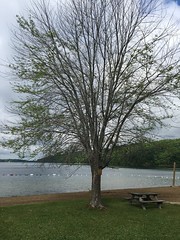 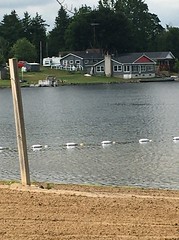