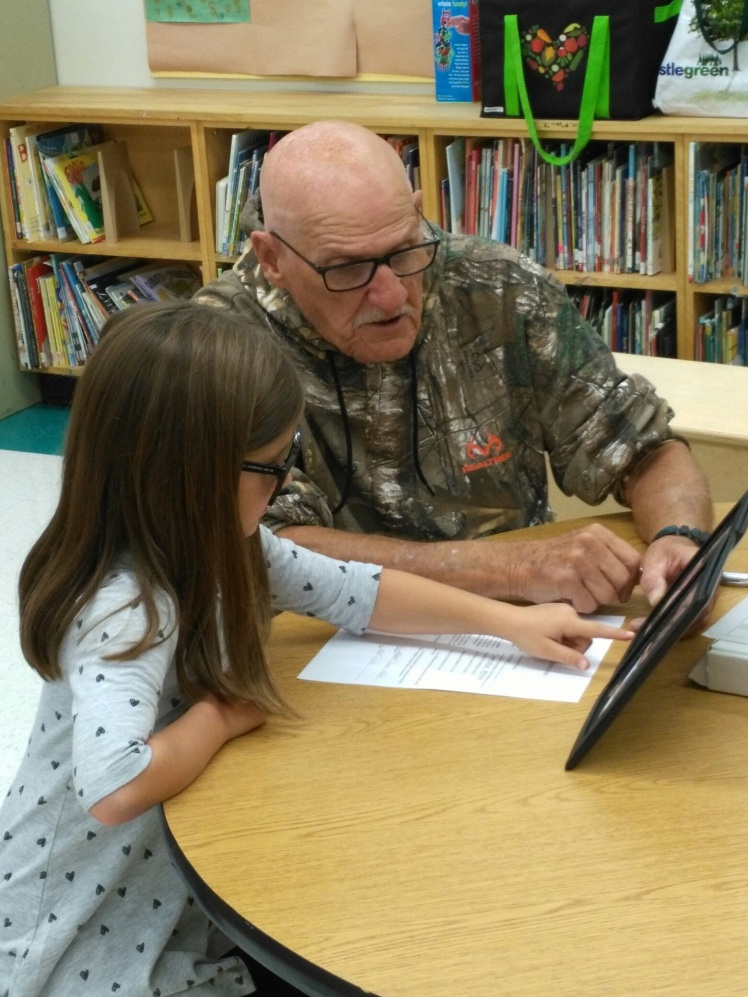 Ever since Helen Keller challenged Lions at the International conference in 1925 to be “Knights of the Blind”, Lion Clubs all over the world have conducted and sponsored thousands of programs for the blind and visually impaired. Some of these services for the blind and visually impaired are vision screening, guide dog sponsorships, supporting eye-care centers, purchasing vision-enhancing equipment and collecting eyeglasses.

The Westport Lions Club recently completed its vision screening testing at St. Edwards and Rideau Vista school. A total of 49 students were tested in grades one, five and eight at St. Edwards, and grades one, three and six at Rideau Vista. There were five students identified that should do follow up testing with an optometrist.

Each student that completed the test received a Westport Lions Vision screening sticker to wear.

The Westport Lions Club has been doing this testing for the last ten years. Both principals, Mr. Dan Lessor at St. Edwards and Mr. Jamie Campbell at Rideau Vista are strong supporters of the program and encourage the Lions to continue in the future.

Santa Claus parade chairperson, Paul Thorp, reports that everything is going well with the organization of this year’s parade. Again this year, the Westport Lions will be collecting money and/or non-perishable food during the parade.