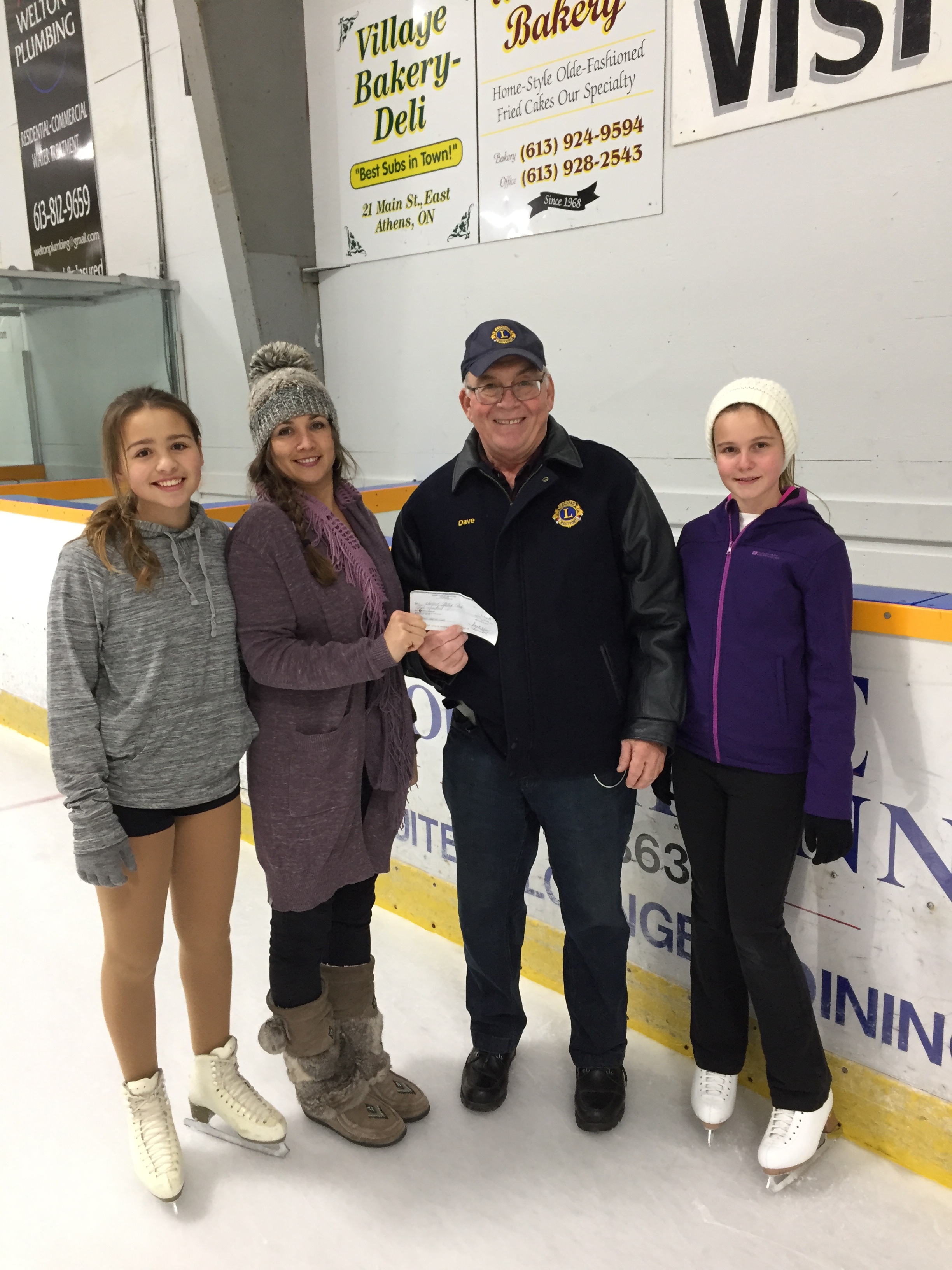 Lion Dave Blair presents a cheque to president Allison Scheuermann of the Westport Area Skating Club with skaters Asha Scheuermann on the left, and Imogen Roberts on the right.

Mark Monday, March 9th on your calendars. On that date, The Westport Area Skating Club will perform their rendition of Mary Poppins from 6 to 7 p.m. It promises to be a great show.

Last weekend, two area skaters competed in the Watertown Snowtown Invitational. Congratulations to Olive Blair who brought home a 4th and 5th place in her elements, and Imogen Roberts who won a silver in her compulsory moves and a bronze in the jumps category.

The Westport Lions Club is always happy to be able to financially help young athletics.

The Westport Lions recently challenged the Seeley’s Bay club to an evening of bowling at the Elgin Bowling Lanes. Unfortunately, the Westport club was defeated by Seeley’s Bay in both games. It was decided at our last meeting that we need to bring in a couple of ringers before we challenge them again.

The Westport Lions Club endeavours to support local businesses as much as possible. In keeping with this philosophy, the club has decided to hold its second meeting of the month at a local restaurant during the winter season. Lion Marty Hawkins organized an evening out at the Lost Penny Pub. A total of 25 Lions and spouses enjoyed a great meal and the warm atmosphere.