Many clubs take the summer off, but not the Westport Lions. In the month of July the club held a officers meeting, a general meeting, organized a barbeque for local senior citizens, successfully ran a beach volleyball tournament, helped Athens Lions Club work the gates at Farmersville, and entered a team in Morrisburg Lions golf tournament.

Jim McGlade estimates that it has been over 15 years that the Westport Lions have helped our neighbouring club with their major fundraiser called Farmersville. Lions Jim McGlade, Dale Lyons, Harry Beckett, Michael Harris, Wayne Bent and former Lion Mike McIntyre collected entrance fees at the two main gates. After their shift was over, they had time to look at the exhibits and enjoy a traditional beef on a bun.

On Saturday, July 28th Lions Rick and Gary Warriner, David Blair, Harry Beckett, Wayne Bent, Jim Scala, David Lowery and Rene´Reynen participated in the Morrisburg Lions’ Golf Tournament. Although they did not bring home the championship trophy this year, they did by all accounts represent our club well.

With all the hot weather we have been having lately the beach has been very busy. It makes us happy when we see people enjoying the beach, the volleyball courts and the shade of the lovely treed grounds. We are thankful that the public adheres to our request to take their garbage home with them and keep the washrooms clean. The Lions that maintain the beach truly appreciate the public’s efforts in keeping the beach property clean and free of litter. 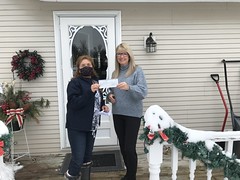 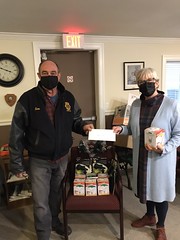 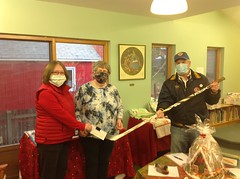 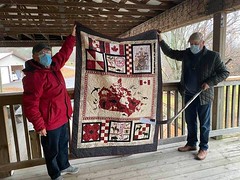